FLIRTING WITH TURKMEN GIRLS: OR WHEN GIRLS’ DIGNITY IS UNDER ASSAULT 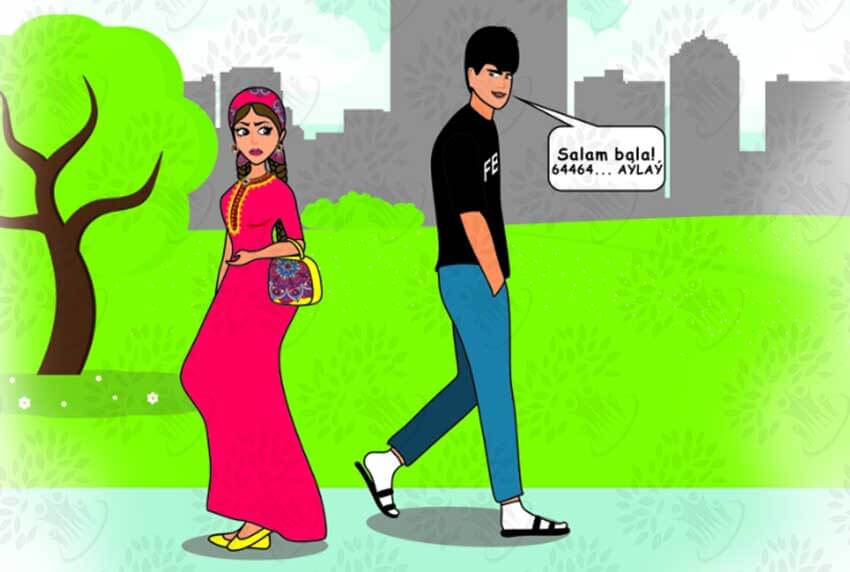 Perhaps when you go for a walk you might have witnessed how guys would call out at girls with vile words, how they persistently ask for their cell phone numbers, how they whistle when they pass by, or gaze at girls’ body like "hungry" wolves, they stop their cars and invite girls to take a ride with them, or grab girls’ private parts.  I witness disturbing incidents on the streets that assault Turkmen women’s and girls’ dignity, and I am frustrated by the fact that I cannot do anything about it.  The last event that I experienced resulted in ending my inaction and silence on this issue.

One day, after a workout I was walking home down the street. I noticed that four boys (approximately age 20) walking towards me. The guys did not alarm me; thinking, in particular, that my long and lose attire would not spark an interest.  However, I was greatly mistaken. The closer the guys got to me the more they started to block my way. In order not to attract their attention, I moved to the edge of the sidewalk, closer to the roadside. Unfortunately however, it did not help me. One of the guys grabbed my arm and started to pull me towards themselves. I was horrified! To protect myself I punched the guy’s hand. It felt that the guy pulled back; however, their gaze indicated otherwise. Suddenly, all four of them started to attack me. The only thing I had handy was my water bottle with which I started to hit them. Although this incident was taking place in one of the busiest streets of Ashgabat, no one including police seemed to be around. But I was lucky.  A guard at a nearby building rushed out to rescue me. The guys ran away. Although the scariest moment passed, I was deeply bothered and disturbed. I kept wondering, why Turkmen women and girls should put up with such egregious behavior of men? Why our streets should be unsafe for our daughters, sisters and mothers?

What is street harassment?

Perhaps, one of the reasons why women are still vulnerable and subject to street harassment stems from the deeply rooted fact that girls and women in our culture are perceived as second-class citizens, who have to be subordinated to men.  Seen from this perspective, those men who wrongly internalize (I would add absolutely wrong) gender roles are the ones who are the most prone to engaging in sexual harassment. Another reason for street harassment flourishing in Turkmenistan is the lack of awareness and understanding among women about their basic rights.

What are the forms of gender-based harassment?

► yelling out slurs or whistling;

Street harassments are socially disturbing behaviors. Public spaces should be equally safe for everyone. 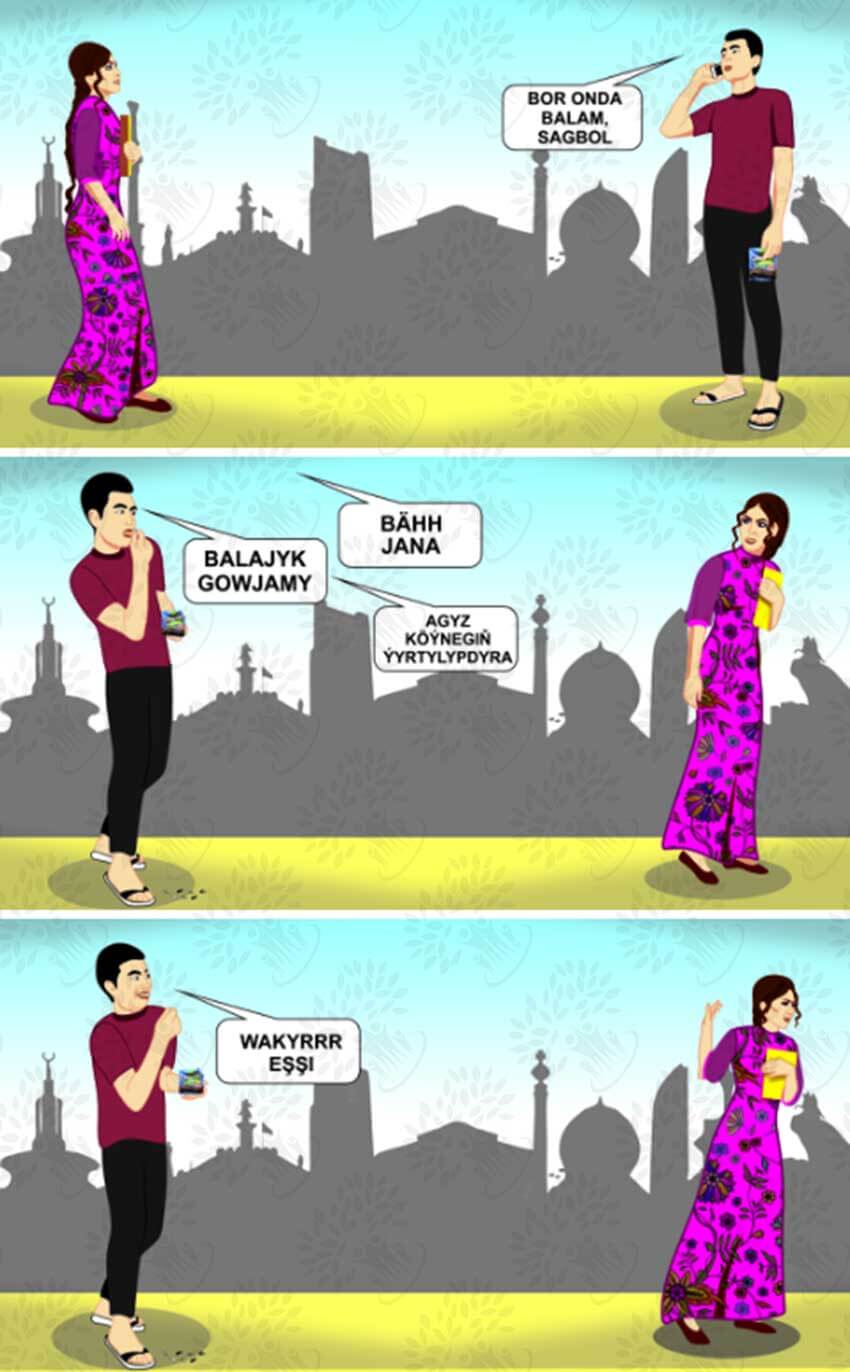 What can you do?

1. Name the behavior and state that it is wrong. For example say, "Do not touch me!", "Do not bother me!"

2. Tell the harasser exactly what you want. Say, for example, "move away from me", "stop touching me", or "go stand over there". Know that there is nothing to be ashamed of. It is the harasser who has to be ashamed, not you.

3. Ask him, "What is someone harassed your sister, daughter or wife? Would you like it?" Let him think about his actions.

4. If you are surrounded by other people. Or examples, like in a bus then identify the perpetrator by saying: "Man in the yellow shirt, stop touching me".

In order to stop street harassment in our community, the girls first and foremost should acknowledge that it is an assault on their dignity and it is a disgracing action.  Second, Turkmen boys have to be taught to understand the difference between "flirting" and "street harassment". Parents and teachers should talk to children about street harassment and its devastating consequences for women’s wellbeing and the well-functioning society. We must ensure inclusion and engagement with our men and boys in tackling this issue since only if they acknowledge the problem and speak up about it we can hope for some gender equality in our society.

This is a subject N1 to discuss with teenager girls! Street harassment is a real problem in our society. I believe 100% of teenager girls have been through it, being afraid of telling to their family and friends, some girls may even suffer from...

This is a subject N1 to discuss with teenager girls! Street harassment is a real problem in our society. I believe 100% of teenager girls have been through it, being afraid of telling to their family and friends, some girls may even suffer from depression by feeling guilty and thinking that it is their fault. We have to teach our girls to be confident and how to stand up for themselves.